Our office is open but with reduced staff and hours – Please call 02 236 7222 or contact us via Line: @insightedu to book an appointment.

OTHER CITIES IN AUSTRALIA

Regardless of where you go, it is full of beautiful nature and unique cities in Australia.

OTHER CITIES IN AUSTRALIA

Regardless of where you go, it is full of beautiful nature and unique cities in Australia.

Hobart
the capital of Tasmania, Australia’s smallest state and resembling a heart. Hobart is Australia’s second oldest city after Sydney. Known for its amazing natural environment with forests, mountains and some of the cleanest air in the world. It is a home of the largest and most famous chocolate factory in Australia, the Cadbury Schweppes Chocolate Factory, which produces a large selection of chocolate. It is also home to Australia’s oldest brewery, the Cascade Brewery, is located in Hobart at the foot of the majestic Mount Wellington.

Newcastle
It is located on the east coast of New South Wales. This lively city is surrounded by golden white sandy beautiful beaches. It is well-known as one of the best surf spots in the country. There are also museums and galleries and unique architecture that can be seen from the city to the suburbs. Moreover, there is a food culture of coffee bars, restaurants and interesting shops and markets of famous designers.

Darwin
The modern capital with the diversity of population and culture. Darwin is one of Australia’s thriving cities. Darwin is named as “the Gateway to Australia from Southeast Asia” and a hub for trade and business with SE Asia because the city is closer to Jakarta, the capital city of Indonesia, than Canberra which is the capital of Australia.

Rockhampton
Rockhampton is one of the cities in Queensland, it is the main place for Fitzroy Basin, Australia’s second largest river system surrounded by the Berserker Mountains. There are also great places for entertainment and natural attractions such as the Pilbeam Theater, one of the state’s most famous theaters, a Rockhampton gallery that collects the works of artists named Popular with Arthur Boyd, Sidney Nolan, James Gleeson, and Great Kappel, an island with white sand beaches and shining water.

Townsville
The largest city in the North of the Tropic of Capricorn and known as the “Tropical Capital of North Queensland”. It is a charming and unique city and unlike any other cities. It is full of tourist attractions, awarded for excellent restaurants, national parks and hosting the cultural festivals and sport events each year. Also, it is not far from The Great Barrier Reef, the world’s largest coral reef system in the world.

It is a place for rehabilitation and the preservation of endangered species in Tasmania. You can travel to Bonorong Wildlife Sanctuary in only 30 minutes from Hobart’s city center.

Once you arrive here, you will find important wildlife including wombats, Quolls, kangaroos, koalas and Tasmanian devils.

It is one of Tasmania’s important national parks located in the Central Highlands. It was voted as one of Australia’s 7 Wonders.

Nobbys Beach
Brisbane was named Australia’s Hippest City by Lonely Planet, visit some of its many cultural scenes and you’ll understand why! Explore the Queensland Art Gallery and Gallery of Modern Art (QAGOMA), housed in two riverside buildings at South Bank.

Brisbane also boasts an exciting live music scene. Check out the line-up at The Triffid, or for a rollicking good time, head to Lefty’s Old Time Music Hall, an all-American saloon with live country music and southern bar snacks.

Mindil Beach
It is a beachside area in The Gardens near Darwin’s central business district. Mindil Beach Sunset Market is the most popular place here. It is a venue for events and a cultural hub in Darwin. There are more than 200 shops selling local and international food, art and craft.

It is one of the national parks in Queensland and home to a variety of wild birds. At 604 meters above sea level there are amazing views and a view of Rockhampton.

The park is named in honor of the Archer brothers who explored the Fitzroy area in 1853. Moreover, this national park is also a part of the Aboriginal settlements.

Wallaman Falls
Australia’s tallest waterfall at over 268 meters in height. It is located in the Girringun National Park and is part of the Wet Tropics World Heritage Area, the oldest rainforest in the world. It is home to many kinds of plants and animals, including Platypus, eastern water dragon, saw-shelled turtle, musky rat kangaroo and the endangered southern cassowary. 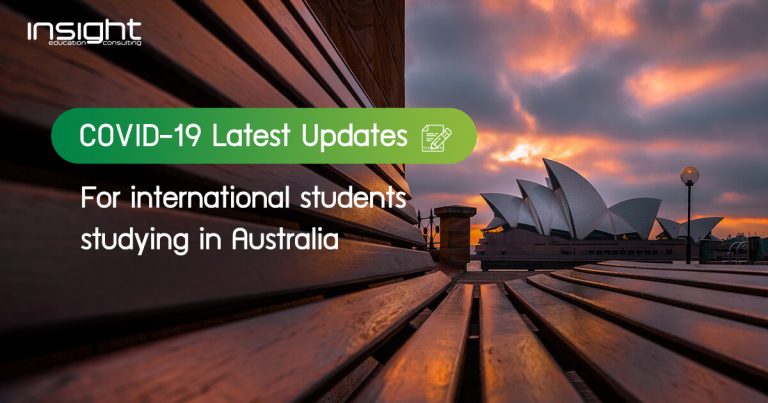 Study in Australia this September intake 2020

What happens during a meeting with the University staff?​